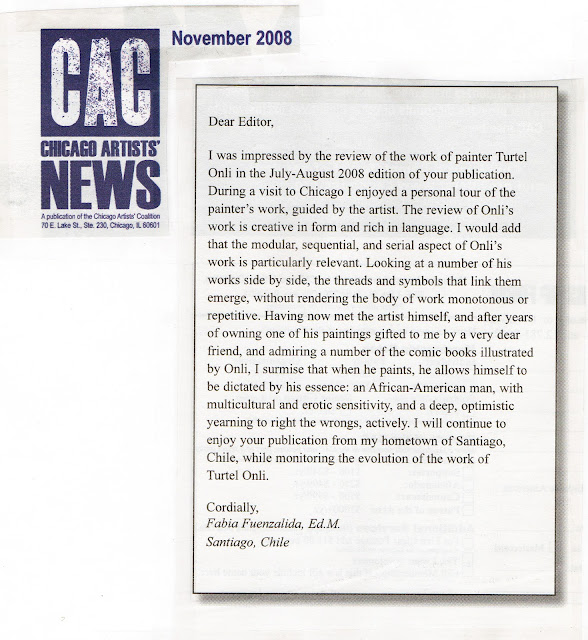 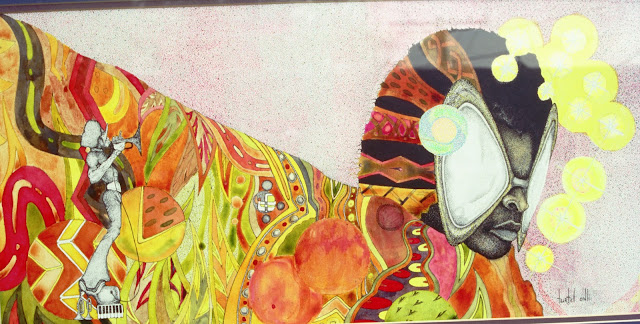 ABOVE: "Rhythmistic Miles Davis" inks on illustration board, 1975:  Onli was often on Safari to bag  big-time, well paid celebrities and entertainment stars with his Rhythmistic visual art. In the late '70s he visited with jazz legend and crazy insane person, Miles Davis to negotiate purchasing Onli's Rhythmistic illustration for ue as an album cover. Miles was excited and wanted it, however Mr. Davis did not want Onli to be paid.  The negotiation ended with Onli keeping the illustration and Miles left frustrated..... exclaiming: "Punk....don't you know who I am???" and evidentially Onli sold it to a fan of Mr. Davis for the asking price offered to Miles. 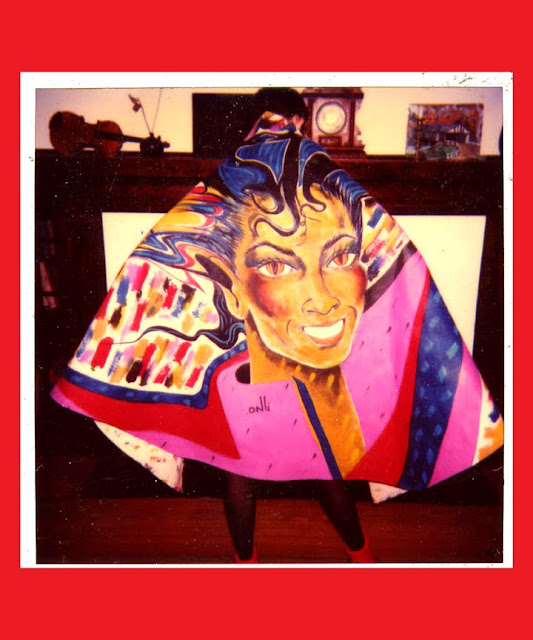 The "Michael Jackson Cape" was created in the '80s as a spoof about the" King of Pop's" hair catching afire during a commercial filming. This cape and others, were shown in a major multimedia fashion shows at the Limelight Club in Chicago and at the New York Art Expo. Onli later had the cape redesigned into a coat, which later sold to a serious collector of fine wearbable art. 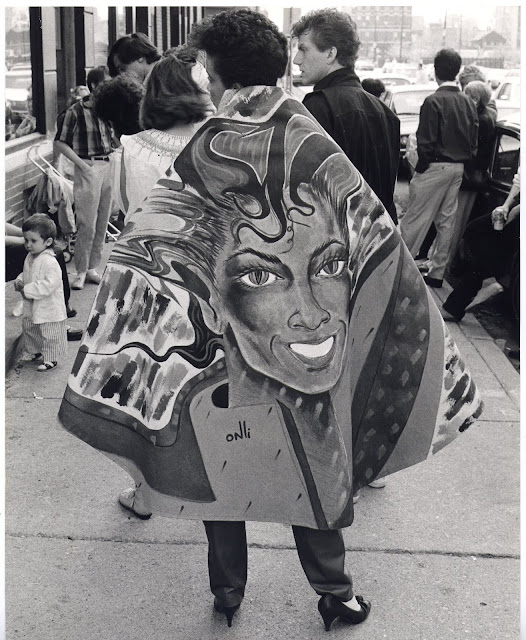 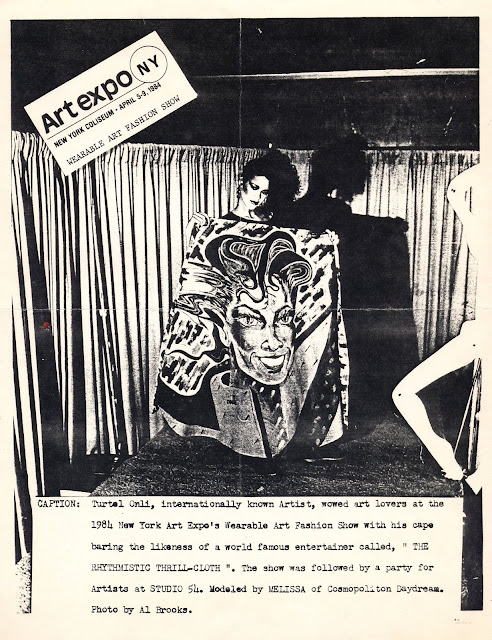 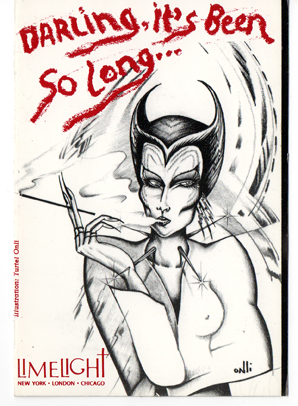 "First of all we must recognize the obvious. ‘Art’ is a word, and words and concepts are organic and change their meaning through time. So in the olden days, art meant craft. It was something you could excel at through practise and hard work. You learnt how to paint or sculpt, and you learnt the special symbolism of your era. Through Romanticism and the birth of individualism, art came to mean originality. To do something new and never-heard-of defined the artist. His or her personality became essentially as important as the artwork itself.

During the era of Modernism, the search for originality led artists to reevaluate art. What could art do? What could it represent? Could you paint movement (Cubism, Futurism)? Could you paint the non-material (Abstract Expressionism)? Fundamentally: could anything be regarded as art? A way of trying to solve this problem was to look beyond the work itself, and focus on the art world: art was that which the institution of art – artists, critics, art historians, etc – was prepared to regard as art, and which was made public through the institution, e.g. galleries.

That’s Institutionalism – made famous through Marcel Duchamp’s ready-mades.
Institutionalism has been the prevailing notion through the later part of the twentieth century, at least in academia, and I would say it still holds a firm grip on our conceptions. One example is the Swedish artist Anna Odell. Her film sequence Unknown woman 2009-349701, for which she faked psychosis to be admitted to a psychiatric hospital, was widely debated, and by many was not regarded as art. But because it was debated by the art world, it succeeded in breaking into the art world, and is today regarded as art, and Odell is regarded an artist.

Of course there are those who try and break out of this hegemony, for example by refusing to play by the art world’s unwritten rules. Andy Warhol with his Factory was one, even though he is today totally embraced by the art world. Another example is Damien Hirst, who, much like Warhol, pays people to create the physical manifestations of his ideas. He doesn’t use galleries and other art world-approved arenas to advertise, and instead sells his objects directly to private individuals. This liberal approach to capitalism is one way of attacking the hegemony of the art world.
What does all this teach us about art? Probably that art is a fleeting and chimeric concept. We will always have art, but for the most part we will only really learn in retrospect what the art of our era was."
Tommy Törnsten, Linköping, Sweden