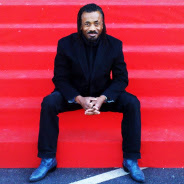 " Artmaking along with being an artist has been at the core of my life's systems since early childhood. "

Versatile visual artist Turtel Onli, owner of Onli Studios in Chicago’s Bridgeport Art Center has been creating art for more than five decades. His work has progressively pushed boundaries, depicting metaphysical concepts, religious themes, and abstractions with a strong allegiance to imagery depicting people of the African Diaspora.  Balancing commercial work, fine artistry and community building, Turtel has managed to connect his worlds through exhibitions, showcases and events. As a graphic novelist and illustrator, he furthered his accomplishments as founder of The Black Age of Comics Convention, an annual event co-produced by The DuSable Museum in Chicago. The Black Age of Comics Convention celebrates its 20th anniversary in 2013.

Turtel’s work has appeared in the 2nd World Festival of Black and African Art and Culture in Lagos Nigeria, in collections of The Cool Globes Public Art Exhibition, The Chicago Children’s Museum, and The DuSable Museum. His work has been commissioned and/or purchased by many, including such luminaries as funk legend George Clinton & P-Funk, and jazz legends Miles Davis and Alice Coltrane. His artwork and design has graced the pages of Paris Metro Magazine, MODE Magazine and Avant Garde Magazine. He has also provided artistic services to McDonalds, Motown, and Johnson Publishing Company.

Turtel was named the Father of the Black Age in 2006 by Temple University and is an adjunct professor of Art Appreciation & Drawing at Harold Washington College.  He has served as a Visual Arts teacher for Chicago Public Schools for more than two decades.
http://www.youtube.com/watch?v=nLt4Anm3nbk 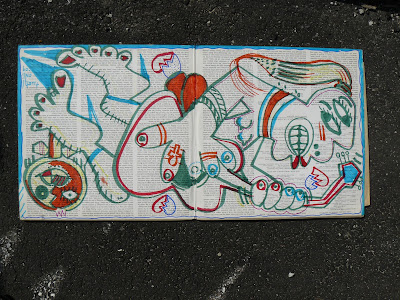 "I created this for a fund raiser at the Art Center of Highland Park called "Picasso SIngs The Blues".  I drew a female blues guitarist in the Picasso style directly on the liner notes of a traditional blues alum cover."
Posted by Onli at 8:54 AM No comments: 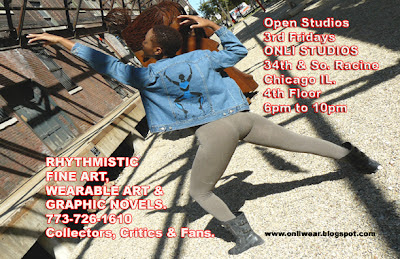