Most of these Rhythmistic works of fine art are availble
to collect as artifacts or limited edition prints. 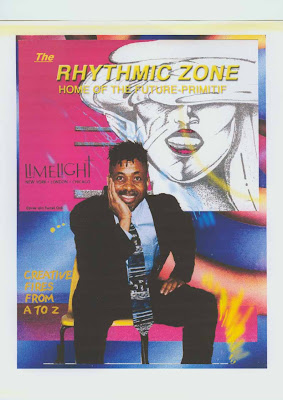 While often hiding in plain sight, Onli used to date his works "1999" in the 1970s in reaction to art directors who used to tell him his work was ahead of its time in relationship to being a major market illustrator.  He did create published illustrations for Playboy, The Paris Metro, WGN,  MODE Avante Garde and many more. 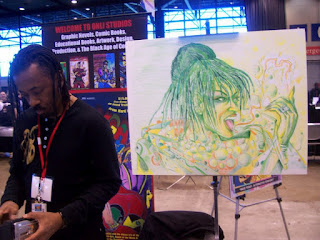 "Over the decades I have showcased my Rhythmistic visual art in an
array of situations to reach people of all types." 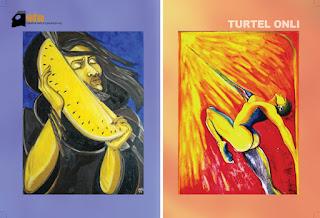 "I tend to grow collections around a central theme.  Such as "No Evils"
or  "Passion Fruit".   Growing an art movement requires effort, time and mutual participation."

A must for collectors, curators, critics and students of
the future-primitif potential of Rhythmism. 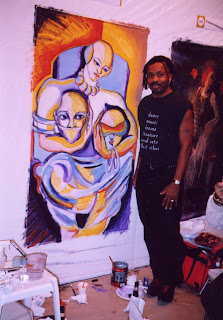 "I had to realize and accept that after so much of my work was
excluded in certain circles it then made my Rhythmisitc artwork
exclusive.  I have so many to thank to this elevation." 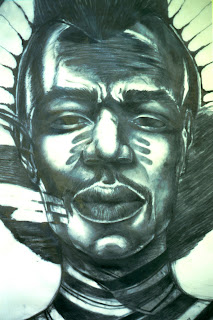 "While so much of my work invloves portraits or the human figure they are all built upon an abstracted Rhythmistic contruct of design elements, art principles and future-primitif concepts.  I use tools from the ever potent pencil to the innovate cutting edge computer."
Posted by Onli at 4:16 AM No comments: