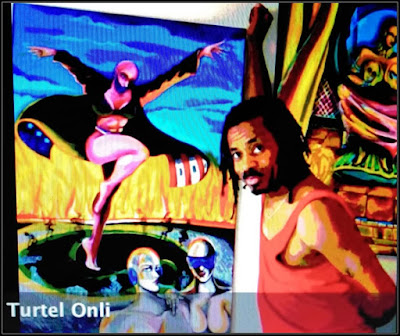 " I have a lot of things to say and a lot of ways to express them!"

This was Onli's positive and bold response when asked why he doesn't do one type of art. One style. In a single category so folks would understand exactly what he was doing.  Onli is highly appreciative of all of the people who visited his exhibitions, hired him along the way, contributed to his education and were willing to take classes he taught..  He call it the real stuff of life. Sometimes there just ain't no cure for who we are. 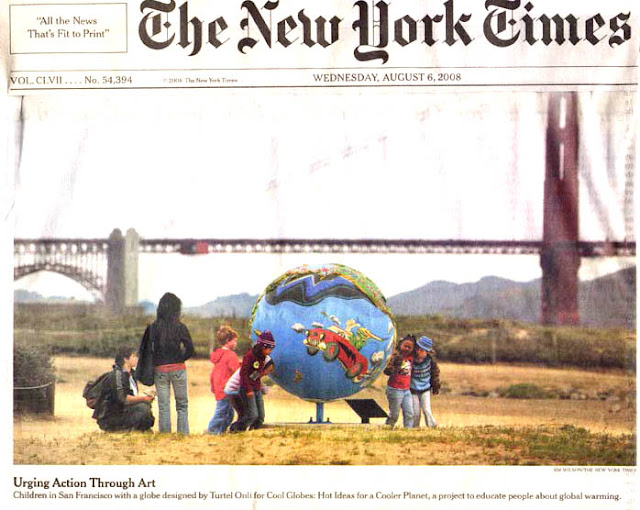 However so much in the upper levels of the international Art World is conducted through the lens of power, politics and trends.  But in the United States of America one can throw down by pulling one's self up by one's boot straps.  This applies to a life as an artist too.

Onli likes to think his is an example of living the American dream. Or as Sly Stone once sang: "You can make it if you try!"

This is a picture of Onli from 2004. Over his long and varied career he has known the challenges of being censored, blackballed and often erased for his practice that was independent, diverse, multi cultural, open, heterosexual, Black Male, yet comfortable with non-Blacks, talented, creative, skilled, commercial, esoteric and all the other things that seemed to naturally flow from and through his natural practices. 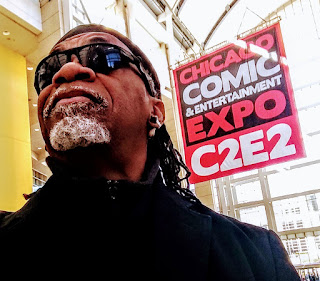 Now as he approaches 70 years of age...comes ageism.

Yet Onli is still working to secure positive gallery representation, museum acquisitions, and full professorships along with major commissions from those who see his flow as the positive powerful promising innovative timeless practice it tends to be. 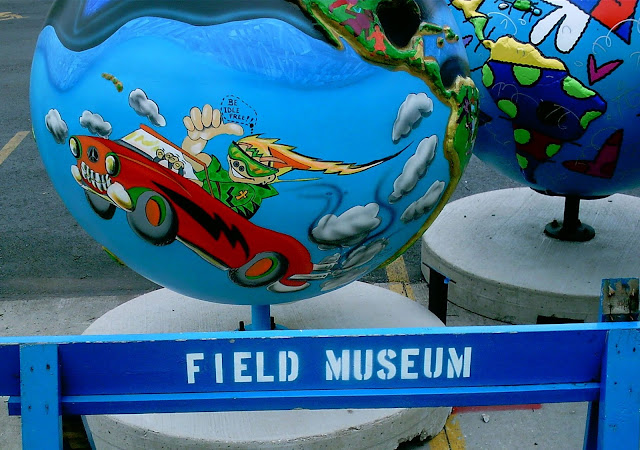 Along the way Onli has had incredible moments.  Like earning two degrees from the prestigious School of the Art Institute of Chicago while freelancing for the likes of WGN and Playboy Magazine, being covered by the New York Times for being a part of the Cool Globes traveling exhibition.  A bench in the Chicago Children's Museum. Winning a drawing contest in Paris. Exhibitions in a host of not for profit non-commercial independent galleries. Positive reviews. 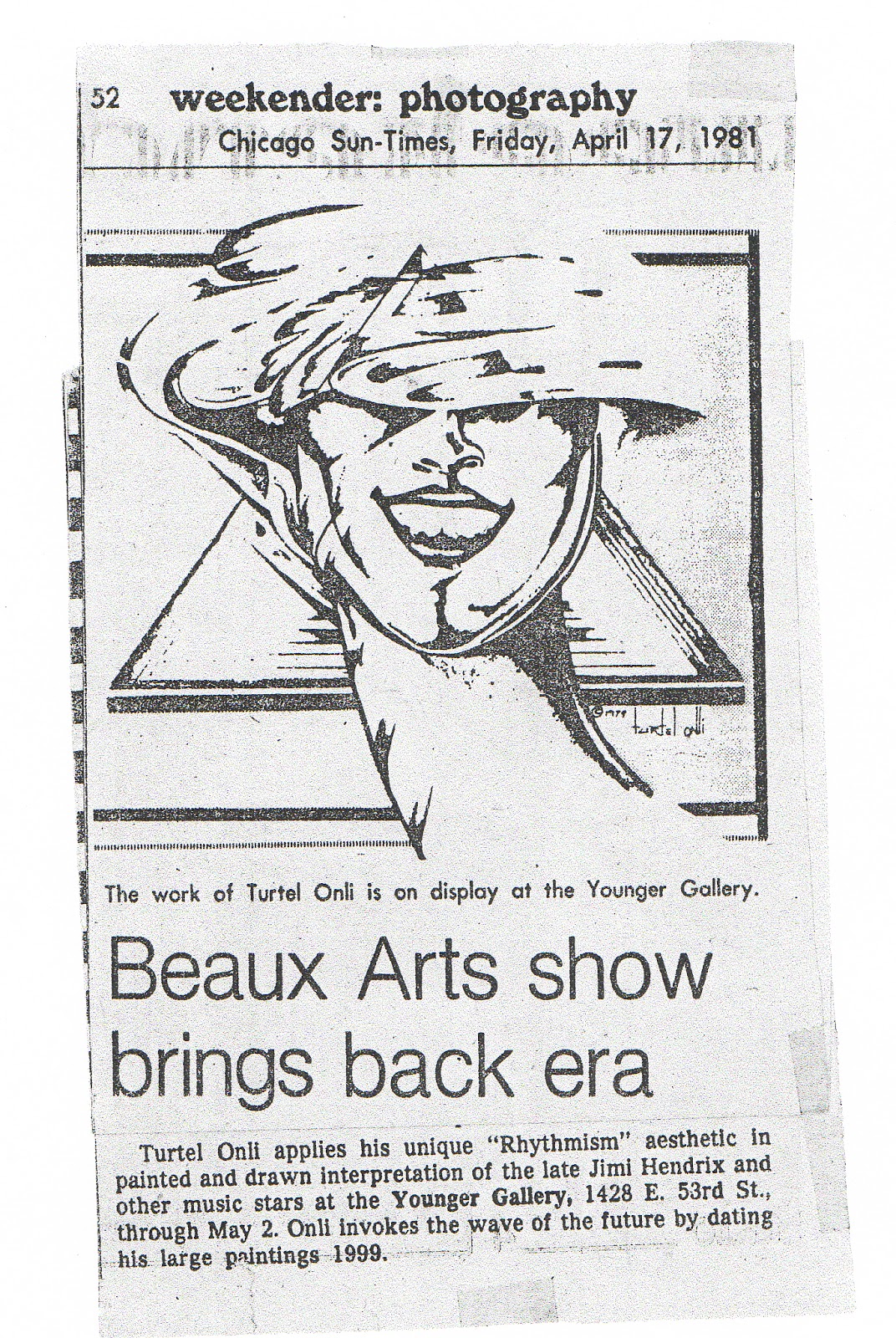 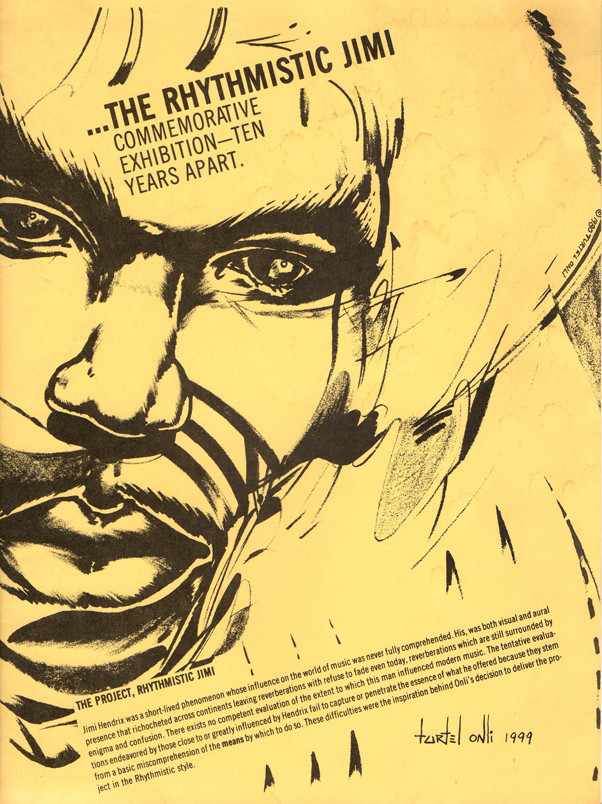 While actually teaching at the public school and college levels.  These moments have always shown Onli was ideal for bigger more lucrative opportunities.  But then comes to politics of selection. The process where king & queen makers seek out those to elevate and control over those who innovate and toil. 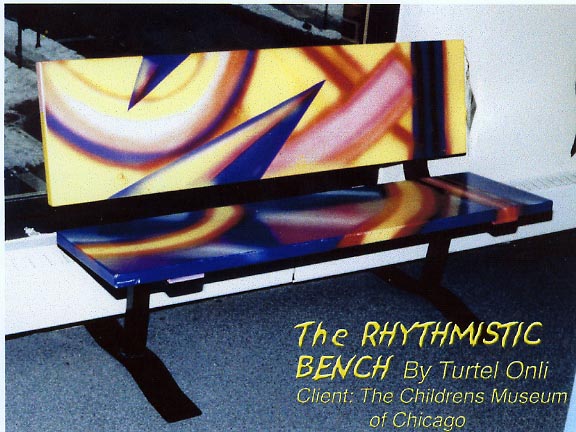 As the upbeat Onli had put on his answering machine in the late 1970s and on his  smartphone today...

"If you are looking for creativity, you have come to the right place."

Is art based on beauty?

"For me art is nothing more and nothing less than the creative ability of individuals to express their understanding of some aspect of private or public life, like love, conflict, fear, or pain. As I read a war poem by Edward Thomas, enjoy a Mozart piano concerto, or contemplate a M.C. Escher drawing, I am often emotionally inspired by the moment and intellectually stimulated by the thought-process that follows.

At this moment of discovery I humbly realize my views may be those shared by thousands, even millions across the globe. This is due in large part to the mass media’s ability to control and exploit our emotions. The commercial success of a performance or production becomes the metric by which art is now almost exclusively gauged: quality in art has been sadly reduced to equating great art with sale of books, number of views, or the downloading of recordings. Too bad if personal sensibilities about a particular piece of art are lost in the greater rush for immediate acceptance.

So where does that leave the subjective notion that beauty can still be found in art? If beauty is the outcome of a process by which art gives pleasure to our senses, then it should remain a matter of personal discernment, even if outside forces clamour to take control of it. In other words, nobody, including the art critic, should be able to tell the individual what is beautiful and what is not. The world of art is one of a constant tension between preserving individual tastes and promoting popular acceptance." 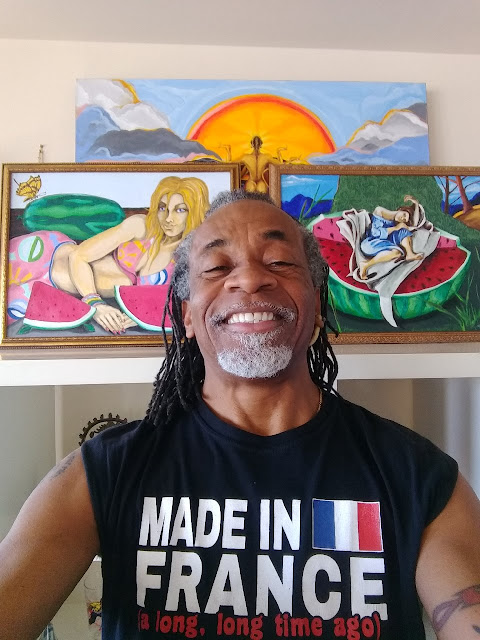 In the definitive book that serves as a guide for institutions and serious collectors of fine art, "African Art: The Diaspora and Beyond", authored by the dedicated collector of Black & African art Daniel Texidor Parker, in its Chapter III Masters of the Diaspora there is a vital section:" Black Esthetics."

"The discussion of Black Aesthetics is ongoing. It ranges from the development of new technology to arts profound effect upon the viewer.  We hear the voice of Chicago artist Turtel Onli, who focuses on elements of rhythm and flow in art. The term he uses to  express this concept is rhythmism,

Onli says, "This a futuristic approach to visual Africanism that distinguishes  the work of many contemporary artists."